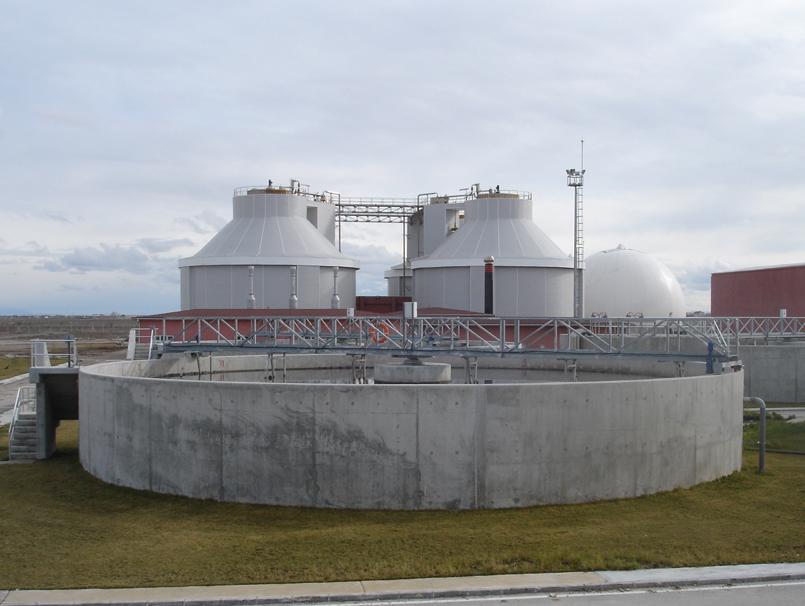 The thickened sludge evacuation is realized, generally, by a pipe located under the bottom. In some difficult cases, sludge can be evacuated from the upper part.

Is very useful to have, under the bottom, an access gallery.

In general, thickeners provided with a central sludge ditch without scrapper device and which do not occupy more than a sector, must not be recommended, as well as those whose sludge extraction is performed from wells located in the periphery.

The operation of the thickened sludge extraction devices can be automatic using a programmer or concentration analyzer.

Walkway.- supported from an extreme in the central pivot, andtcoordinated from the other extreme with the motive car, built in carbon steel, with metallic; framework for walk by and handrail.

Walkway prolongation.- Articulated assembly in the walkway, it fastens one of the thickening arms which support a bottom scrapper- thickening piquet assembly.

In one of its extremes, the conducted car is coordinated, turning out together with the walkway, a diametral assembly.

Motorized car.- of welded construction, it is constituted by a conducted wheel and another conducting wheel, which is powered by a direct powering engine drive.

Conducted car.- of welded construction, it is constituted by two conducted wheels. Goes coordinated with the walkway prolongation assembly.

Central pivot.- Essentially constituted by a rolling of grand diameter, an articulated set where an extreme of the main walkway is supported, and the brush collector for the electrical outlet. Fixed assembly designed to support all kind of efforts, which may provoke the small irregularities of the rolling road

Bottom scrappers and suspension supports.- neoprene scrapers built- in over hot dip galvanized carbon steel profiles, welded to the correspondent support frames. Two supports, one hanged from the main walkway and the other in the prolongation, they shift the two scrapers systems. 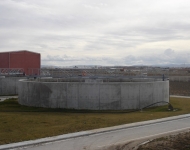 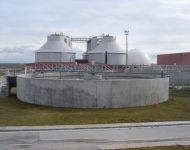