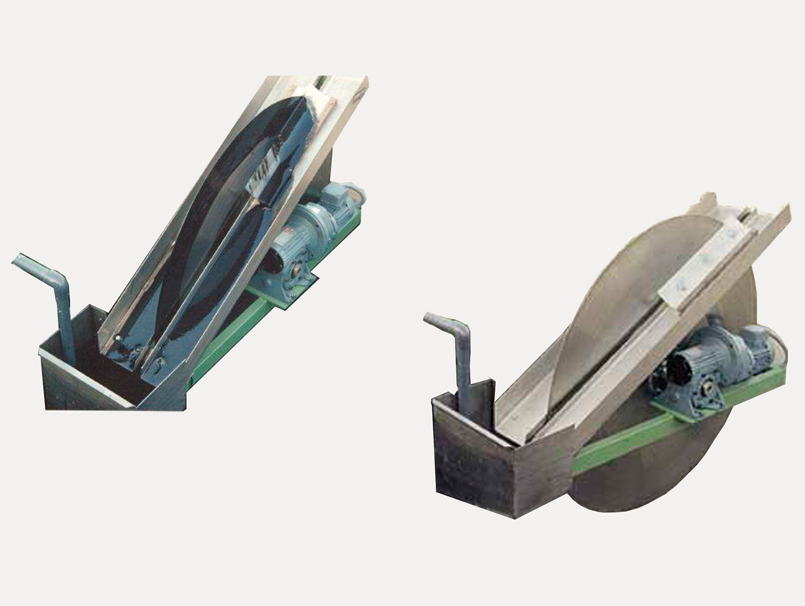 Its basic operation consists of a disc that rotates at such speed that rises by capillarity the liquid of more viscosity, a scraper separates it from the disc and sends it to a pick up channel from which it gets out because of gravity or through a pump. (According to the case)

Each disc has a minimum yield of 560 lts/h at maximum capacity; this will depend on the characteristics of the liquid to be separated and of the diameter of the disc. In the case of oil we can reach a caudal of 1500 lts/h. per disc.

The separator can be equipped with up to 10 discs in standard performance.

Among the diverse applications of such equipment, we will differentiate them in the following references:

The most common implantation of such equipment is the separation of oils and greases from water.

The difference of the level of water can reach 250 mm., without being affected in its performance.

The extraction is made continuously and it is not necessary to control the quantity of oil that remains in the water.

The oil exit is achieved y gravity, through the holding extension, or by means of a pump.

As complement of the static and mobile in height separator, the floating application exists as variant, having as main destination and advantage, that in can be installed in tanks whose level suffers important variations.

As application we can say such equipment is of correct and feasible implantation in port clean ups, retention tanks of contaminated waters, etc…

The exit of the collected oil from the floating separator up to the outside must be performed by means of a pump.

Frame.- in tubular and rectangular profiles, longitudinal section, completely built in stainless steel, in the construction variation of height regulation it has incorporated a mechanism.

Oil storing deposit.- of standard dimensions d = 350 mm, a = 400 mm, built in stainless steel of Aisi-304 or 316 quality, attached and fastened to the equipment’s body, consolidating its resistance and robustness.

Oil scraping shovels.- in Polyethylene, Teflon, or brass, depending on application. 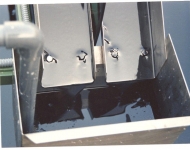